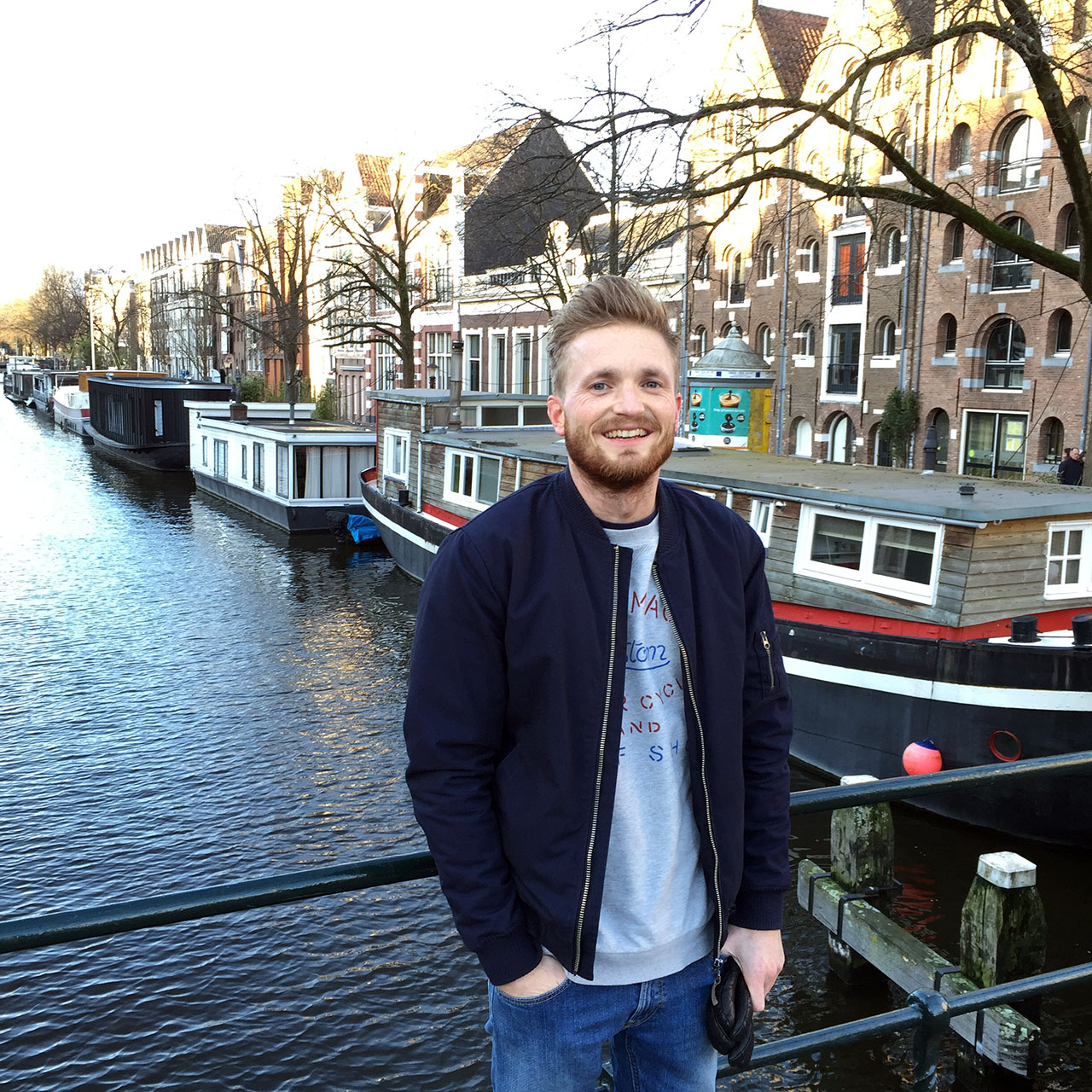 – Can you please introduce yourself in a few words.
My name is Lex. 31 years old.
I’ve been working in coffee for about 8 years.
I also like beer, whiskey and wine
I eat a lot, and sleep very little
And I like to climb when I’m not making coffee

– What’s your story in the coffee industry?
Started out as a barista eight years ago. I wanted to learn about coffee, and so I did working in several cafe’s. After that I started my first company ‘The Espressobus’. A mobile espressobar that I used to make coffee at festivals.
After doing that for a while I wanted to start roasting my own coffee, so I started a small cafe/roastery in Amsterdam called Headfirst. A great place where coffee was sourced, roasted and brewed.
In 2015 I won the dutch barista championship but in the same year I also had to close down Headfirst.
In 2016 I won the dutch barista championship for the second time and made it to the finals at the World Barista Championship. I also started a new roastery called Friedhats.

– When did Friedhats, Coffee open and what is the story behind?
Friedhats opened in november 2016. The idea behind was finish what we started off doing at Headfirst Coffee Roasters: Sourcing great coffee and roasting it the way we like it.
So thats what we did.

– What’s your specialty and what makes you different?
Our main focus is on coffee from Colombia and Kenya. We try to find the best from these countries. And specialize in these countries.
We also want to try and focus more on the variety of the coffee.

– What was your first coffee experience?
I used to make coffee on a small manual lever machine at home. Took me about six months to make a decent espresso.
A good way to start though!

– How/when have you discovered about specialty coffee?
It was around that same time. I started working at the CoffeeCompany as a barista and one of the baristas there showed me a some of the « in my mug » videos from HasBean (a small roastery in the UK)
The videos were about all the different flavors you can taste in coffee. That kind of blew my mind.

– What was your best coffee experience?
Making the finals at the world barista championship in 2016.
When I started as a barista I used to watch the videos from the WBC finals. And now I’m one of them. (:

– Do you prepare coffee at home ? If yes, what method do you use?
Yes I do. I used to make mostly filter coffee at home but now I have a very nice espressomachine. So now I make both espresso and filter at home.

– How do you like your coffee? Black, sugar and milk, iced, vietnamese style,…?
Mostly black, sometimes with milk as a cortado or cappuccino.

– How would you qualify yourself as coffee drinker (occasional, heavy, addict…)?
Some days occasional. Other days heavy, for example if we have a cupping or something like that.

– Have you always been into the coffee industry? If not, what was your previous job?
Pretty much. I had some other plans before, but they didn’t quite make it.
I used to want to be a lawyer for example (:

– Do you have another passion or a hobby besides coffee?

– What other place would you recommend, anywhere in the world (coffee or not)?
Fou Row Ramen in Amsterdam. Not for coffee but for ramen (:

– What is/are your favorite website(s) to get information about coffee?
Coffee shrub or maybe Hasbean coffee

– What would you say to people who don’t know much about coffee?
Don’t worry about it.