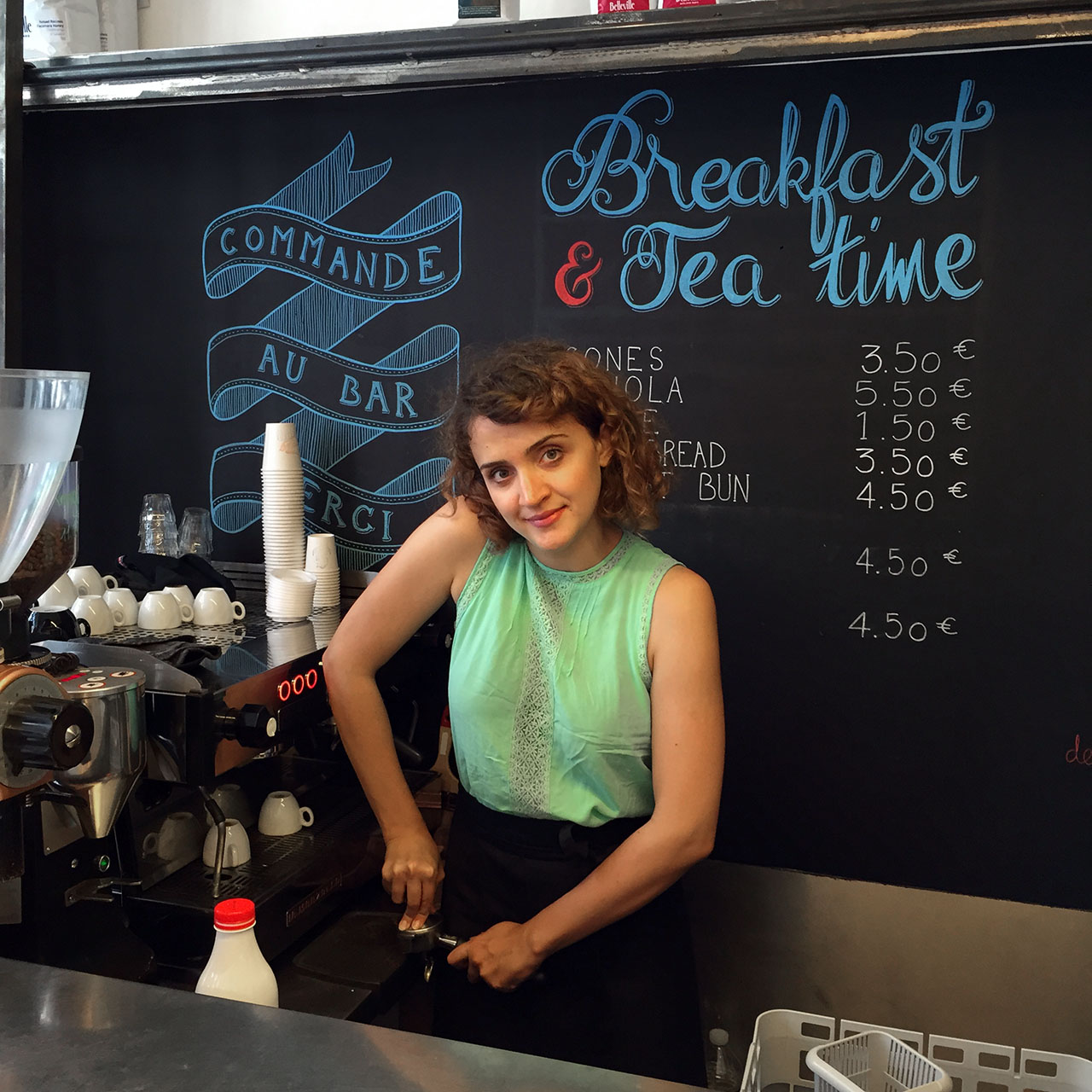 Two years ago I hated coffee. When it wasn’t entirely flavorless it was bitter, and putting up with it for the caffeine alone just made no sense. One day, in search of wifi, I stumbled upon a specialty coffee shop. The passionate baristas there helped me engage with the craft of coffee, from its origin as a distant seed to its destination as a uniquely flavorful drink. I’ve been working full time in coffee now for eighteen months. Contrary to the city’s reputation, it is because of the parisian specialty coffee scene that I discovered coffee and learnt everything I know today.

One of the baristas I just mentioned told me of the cuppings held regularly at Belleville Roastery. This was February 2014. Until that day, I hadn’t really fallen in love. Then something happened. I broke the crust and, at first sniff, I was suddenly five, in my grandmother’s kitchen, while she opens the oven and the smells of her dear cakes pour out. I was spellbound. I found a home in coffee, and eventually changed my life to be able to work with it. That moment and that first coffee I tasted – Belleville’s Hunapu (Antigua Guatemala gem) – hold a dear place in my heart to this day.

I like my coffee fresh, respectfully crafted and served without too much fuss. I usually have espressos but would never say no to a good filtered coffee. I drink considerably less now than when I started but I taste much much more.

I found coffee because I allowed myself to be curious about things around, even little insignificant details. My own life felt like quite a mess so I was sincerely questioning the value of everything. This made room for wonder. Wonder made room for enchantment. Enchantment made room for purpose. You asked me what I would say to people who don’t know much about coffee… I would tell them what I tell myself every day: Be curious! That’s when stars align!

Thomas Wyngaard Founder at OK Coffee, started in the specialty coffee industry back in 2015. Lived in New York City for a year and a half. Now working at OR Coffee Roasters, Belgium.